These are the most aptly named patties…maybe ever. These burgers not only look like meat, but I personally think they taste better than meat! I was a meat-eater until 2007, when I went vegetarian, so while I don’t remember what all meat tastes like and while I rarely had hamburgers then, I can say that this tastes much better than any dead carcasses.

When I immediately put it on the pan:

After I flipped it once, you can see how it browns:

What’s weird is it even stays a little pink in the middle. Also, since it already has some fat in it, I didn’t cook it in any oil or vegan butter. I just plopped it onto a high-medium heated pan as is and it immediately started sizzling away.

I paired it with some Angelic Bakehouse hamburger buns and had it with a side salad and some Daiya provolone cheeze. 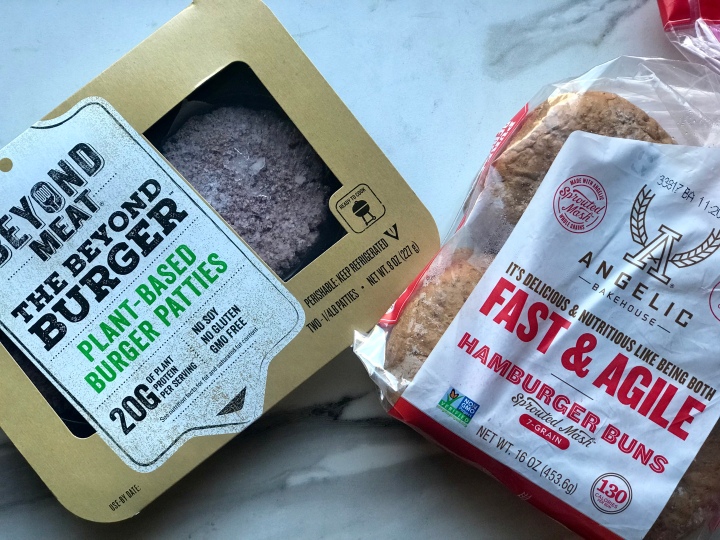 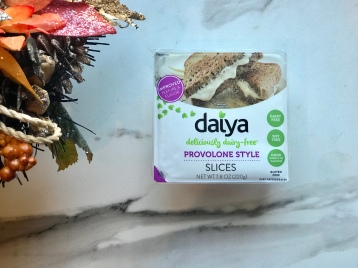 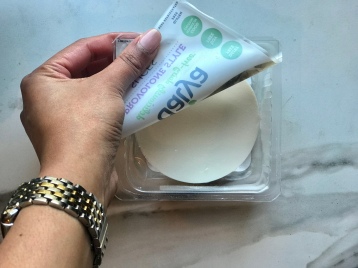 While it may be a little higher in fat, it certainly is high in protein and completely 100% plant-based. If you’re going vegan and crave a big, juicy burger with all the fixings, this Beyond Meat Burger will definitely quench your craving. 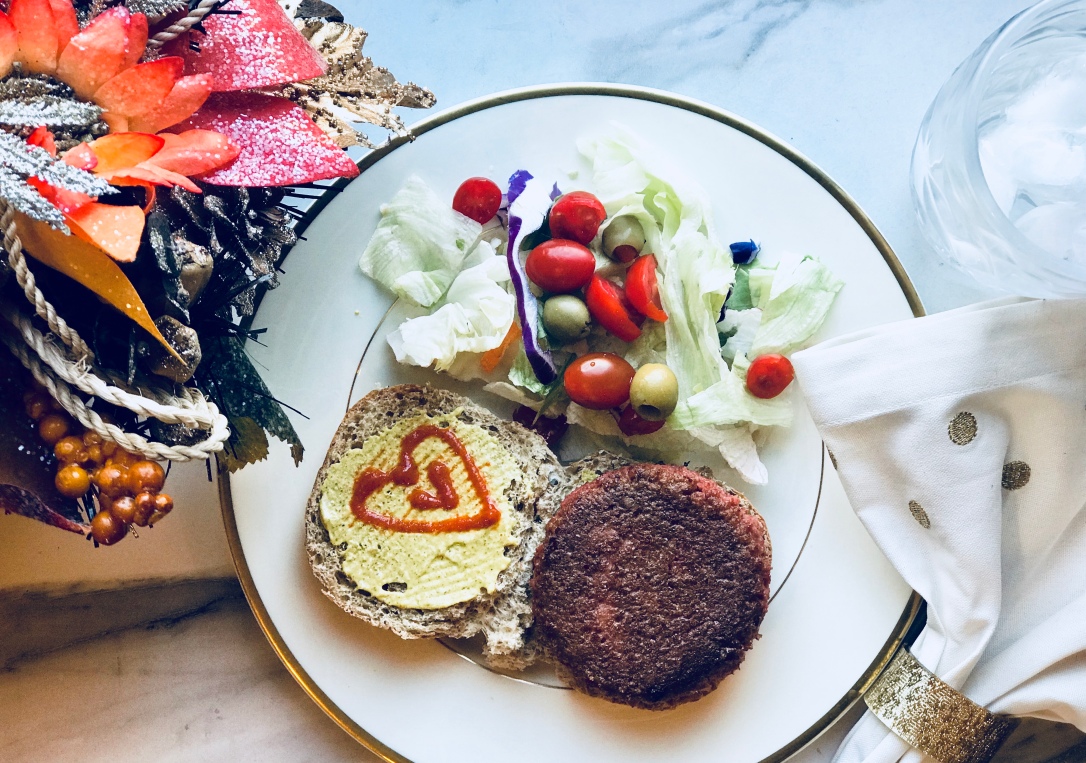 Question of the Day

Have you tried these? Do you like them? What are your favorite alternate meats for burgers?

About the Vegan Behind VCF

My name is Samantha and I'm a California vegetarian who has since become a Chicago vegan. I've lived all over the United States and have compiled my love for food and compassion for animals into a blog where I can share with you all. I hope you enjoy our little community here! Learn more about the blog below and by checking out my posts!

vegancrueltyfree.com (VCF) makes it easy to live a vegan & cruelty free lifestyle. Whether you’re just looking for healthy vegan recipes, are curious about how to be vegan or want to take your vegan lifestyle up a notch, vegancrueltyfree.com has everything you need and more! Let me know what you want, what questions you need answered and everything you want to see, and I’ll deliver.
<3, Samantha